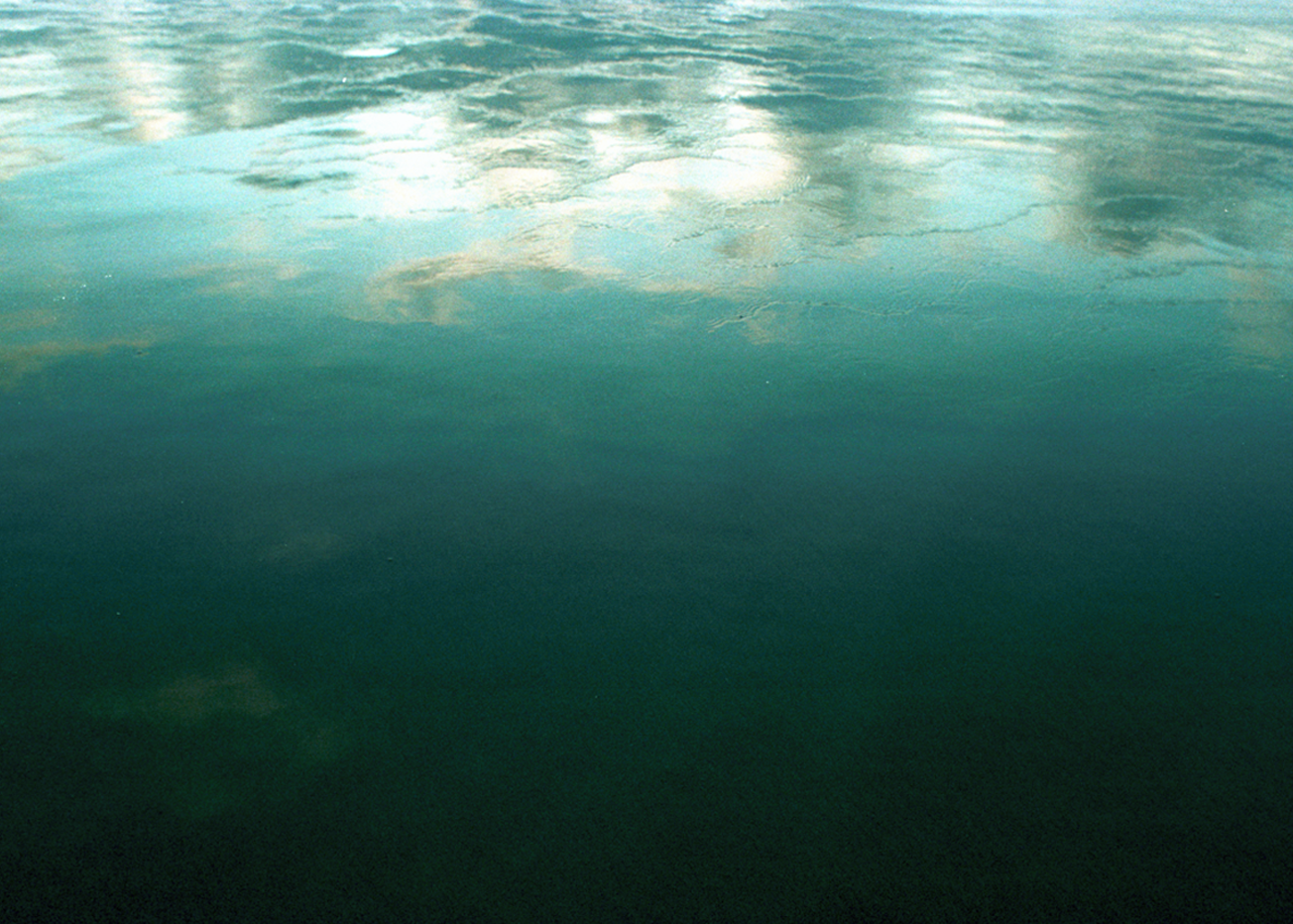 Online conversation as a currency of exchange? As culture blurs, comment threads and discussion forums, wikis and testimonials, learning communities and moocs – the divides that once existed on the basis of race, zip code or wealth have seen a dramatic shift. The oral tradition of storytelling and conversation once held the collective wisdom of the tribe, as shared over a fire or by a hearth. Carried forward into theater, vaudeville, to radio, to television to the blue glow of computer, mobile or tablet screen.  MySpace as the early pilot, Facebook or Twitter in late 2015, touted as in an early decline. The variables that once defined humankind’s success or failure, have been utterly transformed and ironically, from a creature perspective, fundamentally remain much the same.

The currency of exchange, its value and emotion, is indisputably at simplest conversational.  Thousands of authors over time, in different ways from poets to pundits, point out humanity’s weakness – our emotional nature. And at the center of this, lives billions of conversations, the ones that run in our heads and those we speak to others, the ones we never have out loud or those we speak to the wind. In our current cultural landscape, these conversations are happening at a pace, tone, frequency and quantity unparalleled. Apps offer translation, online communities connect nations of the world, our globe and the communities that span it, sitting just on the other side of a screen. The world is having a spicy shared conversation. The pain of our brothers and sisters in Syria, the Congo, or those in the US suffering from addiction, survivors of gun violence and the school children traumatized, the joy of the Royal Family with its newest couple – we all feel the impact, as some skim for the positive, instructive content or others opting out. The promise of our action or inaction, of simply bearing witness to today’s narrow scope, reported upon, pressing but all too often a fixed set of polarized conversations. Across the spectrum, from innovation to politics to food production; to science to health, to sports and community to electing judges.

In that, how is it we have not yet managed to harness the honest grist of online conversations to empower and seed our offline conversation, in a constructive and meaningful way? We see indicators of the Internet’s power through the work of Jonathan Harris and Sep Kamvar in “We feel fine.” An extraordinary work over a period of time capturing human emotion as expressed in a fixed set of days (36 months) of life online, in aggregate. Transformed into an anthropological animated info graphic a technological, computational, interactive Petri dish of feeling. Yet in the same period of time, comment threads across news sites with a few exceptions, even TED, have failed to tap into and mine the constructive promise of comments, the currency of digital interaction as an expression of heart guided insight and curiosity of our collective humanity, a means to flesh out or compost its hubris.

Through my work in this era of digital disruption, a big part of the process has required talking with hundreds of people through interviews, interactions, ruminations, trainings and to relay themes and insights out of that. I quietly find myself in awe of the promise inside the creativity of our collective curiosity. My take is its time to start sharing and talking with others about this phenomena in a more open, inclusive, intentional and interactive way. Across modalities and mediums, cities in particular, the Smart City: Global Cities Team Challenge (GCTC) – Nature of City – Resilient City – Eco-District minded movements, the Large Landscape Conservation and Intertwine models – most promising. The networks are forming, in aggregate these public facing efforts represent or reflect millions and millions of community members, citizens and consumers.

Doing projects over a couple decades time with corporations, startups, community groups, rooms of passionate publishers, troubled yet hopeful civic funders or contributing to evaluations for small to large foundations, talking with the people targeted they hope to benefit. There is so much heart guided intention in this moment of political chaos, environmental dismantling, scientific silencing, news polarizing, a palpable sense of humanity rising. Staying curious, asking questions, checking the source, understanding where others are coming from and relating to the fact, a lot of people are processing a lot of pain or feeling disoriented in the pace and tone of change most of us find ourselves in. To extend kindness through sharing our knowledge or patience or tolerance, is one of the greatest, smallest steps that in aggregate point toward a net positive sea change.

As I started an assignment, that turned into a fellowship that grew into a project that evolved into a program – Journalism Accelerator (JA), a time where I really began to drink the Kool-Aid.  It was an opportunity to do nothing but think about cultivating dynamic conversation. In particular, how to ask questions of the one industry that asks society questions, for a living. Sometimes the JA team would spend weeks, just thinking about HOW to ask a question and then the process of inciting activation of that question. To ask these questions in a way that would illicit insight from those joining to share, with deep expertise. Or those whose lives were directly impacted but perhaps lacked subject matter expertise or context. Coming out of the Q & A nature of this work, where we developed a range of ways or “flavors” of asking. The thing that struck me most was how powerful a broad but direct question can be. In particular to the folks who are really good at asking them but less eager to be on the other side of the mic. Innovation and industry transformation far more possible when guiding questions asked allow fractures to surface, chaos or discord more readily embraced as a path to learning and change.

The rub being, it’s that very thing: how a good question can put us outside our comfort zone, or as Pema Chodron writes puts us right “on the spot.” In that becoming vulnerable or equally, having a key part of the answer to offer. Alan Alda speaks to this in his recent book “If I really understood you” coming out of his years of acting, improv and for years “figuring out” how to “do a little science show.” This alchemy in the art of “and, yes.” Meaning that most all of us carry some small part of an answer, for a question someone else is trying to solve for, even if we don’t realize it. Or in Alan Alda’s example, sometimes we “need a bigger white board.” What seems to be missing in our larger experience, our larger shared promise of exchange – is coming together to have those conversations in a kinder and more thoughtful way. Improv’s very capacity to be improv, is founded on this principle of a safe space, actors able to be vulnerable and open to what’s happening within an interaction. The National Coalition for Deliberation & Dialogue captures an essence, the mainstream largely unaware of. Another new now fairly established source emerging around conversation, is The Conversation and is Aussie based, with other nation’s that have hubs, the US one of these. A great place for seeing into how conversation is powering reporting, in this case across universities with people, not in them. Even with this small sampling of context and source as outlined here, its amazing — the seeds we carry for sowing, as a starting point of a larger conversation — and posts to come.

It’s application to earn connection with others, based on a shared stake, authentic capacity to relate, to be human, at times small or unexpectedly on occasion a hero – is what brands, analytics, politicians, and business strive to master. How narratives can capture the essence, hearts and investment or purchase of targeted communities. And yes, to find revenue – the kind I refer to as regenerative. But it’s in the deeper implications of it, we see conversation’s greater promise to connect these narratives in ways we have yet to imagine. With an open invitation to you, as you read this, what is your experience of conversation? Where or do you see its evolution as a tool of peace, understanding and a broader context? In particular, how conversation is seeding new kinds of narrative, making community and people stronger – what examples inspire you?

This site uses Akismet to reduce spam. Learn how your comment data is processed.

First day of fall, thanks to summer’s beautiful

Channeling gratitude & affirmations for my “IZda

How could anyone NOT fall in love with this one??

Morning light, on my table, a year of uncharted te

Mt Hood dances with clouds, sulfer in the air, win