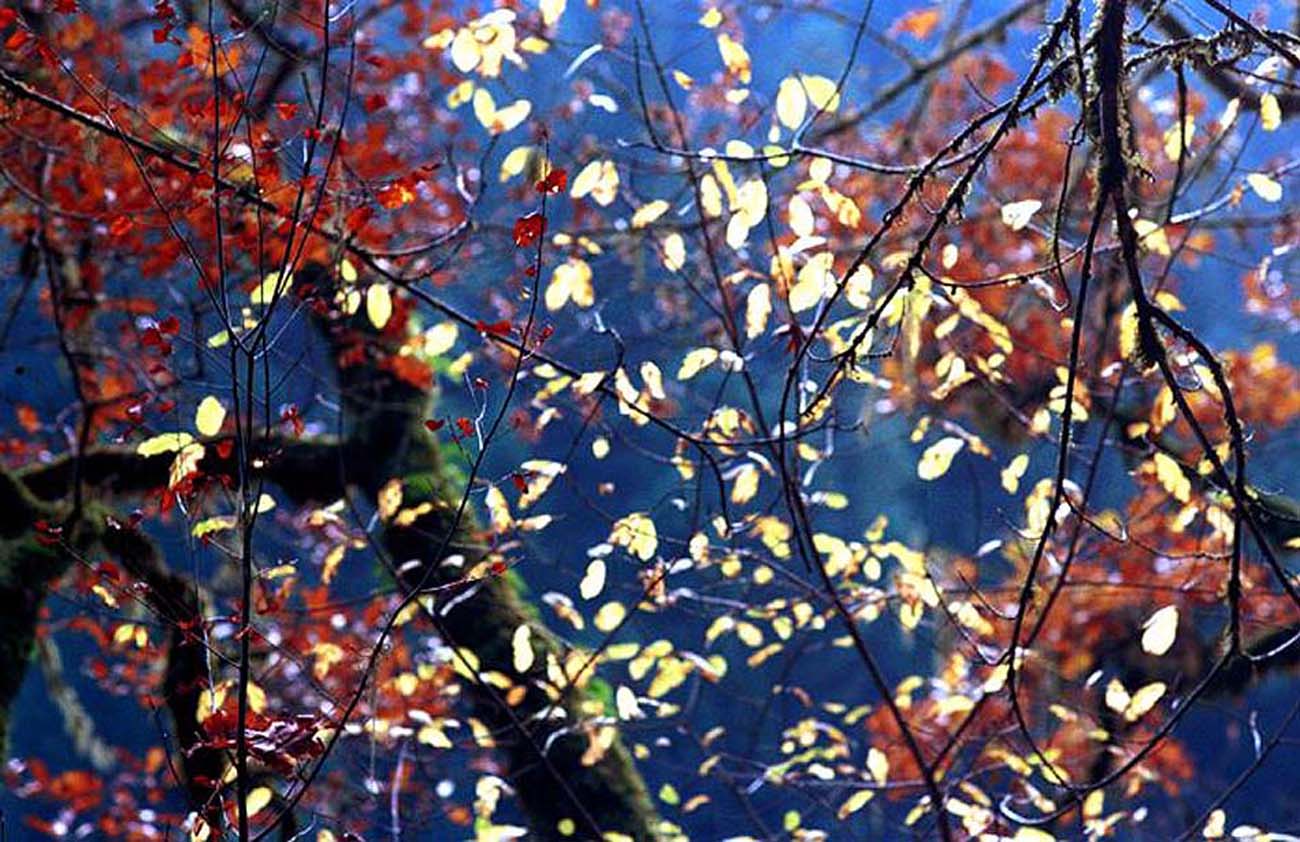 The magnitude of change in our US news systems over the past decade has left much chaos in its wake. People, communities, cities, rural towns, organizations and businesses that once counted on news outlets to circulate the public good variety of journalism struggling, how to get informed with content they can count on. Most of us these days, even the news savvy, challenged to discern signal from noise in the news market. Ironic at a time when there is typically more access to information than at any other time in human history.

Fake news, lets face it, is entertainment at best. It doesn’t warrant any more attention than TMZ or Entertainment Tonight might. Other than simply being what they are, media outlets covering the entertainment or ‘scandal-there-of’ niche that they do. Where news of public import, journalism, as a content product built a specific way – totally essential in a functional democracy. Its job completely different. Quickly relating how content is sourced or reporting funded? New distribution forms and the consolidation of channels, rewiring standards of distribution, ownership and production have muddied the waters a whole lot further. A steady stream of static, this chaos we find ourselves in with spoof material diluting journalistic product streams from media channels with business models designed to entertain or incite a point of view. No matter where we may stand on a political or economic or sense of humor spectrum, smart to talk about just how important source and news content design truly is.

In parallel over recent years national, regional and locally focused news practitioner events have been chock full of professional press, journalism institutions and academies, niche startups, nonprofit hyperlocal news and technology companies that are vying for third parties to exploit their inventions. Thoughtful practitioners, many who gather to talk about the future of news. In particular much discussion around the capacity for citizens to trust what they read. But in all of this, there has been an absence of bridging worlds. Between that of the people and the press dedicated to producing information for public benefit in a broad and replicable sense. Bridging this FROM the people’s point of view to help guide and inform journalism institutions to understand the qualifiers, what people see as essential, to put the trust back into the public served.

Most people – on either side of this equation that I’ve spoken with – have no idea where to even begin such an immense task. In particular, this particular solve is not about technology innovation. The ability to ensure the public good aligned and people apprised of facts that affect them, with access to content on subjects of importance deeply fractured, requires human remedy. Audiences content diet increasingly unbalanced, most of our society is deeply troubled as a matter of public health and safety that once a given – news in our day to day – has devolved without safe guards.

The public interest or public good that our US news systems fulfill serve a unique purpose: to ensure or make content accessible to empower an informed nation of people of all stripes, colors and character.

People however are deep into the substance of making their lives work, most striving to ensure what shakes out, net positive. Bridging this public good or public interest flavor of news created by a specific subset of journalism practitioners. Part of the disconnect is calling it news, if assumed to have a set of quality standards, without the means to qualify what those standards are.

What sets journalistic narrative product apart is the objectivity, veracity, balance, data with good news hygiene – the methods used to build the content.

Journalism professionals and community experts who practice this production of content as a craft with an ethical responsibility to enable people clarity on issues that impact them. An area of professional practice, due to the methods and manner of how journalistic content product is built. Not to be confused with MEDIA. Which is  the means through which content – often journalism, equally often not – is provided. Fox news? Not a news outlet, a media outlet. When I was in art school back in the beginning of time, media was referred to as a substrate.

While journalists may be lumped in as media, not all media is journalism.

Sure, there’s lots of grey – news, media, point of view, but it is a matter of fact and public record there is a vast difference of content integrity pending outlet, source, skill level and mission of an entity, meaning the purpose of an outlet’s business and product. Bottom line? Journalism’s function in a thriving and functional democratic society, is not optional. Media? is. 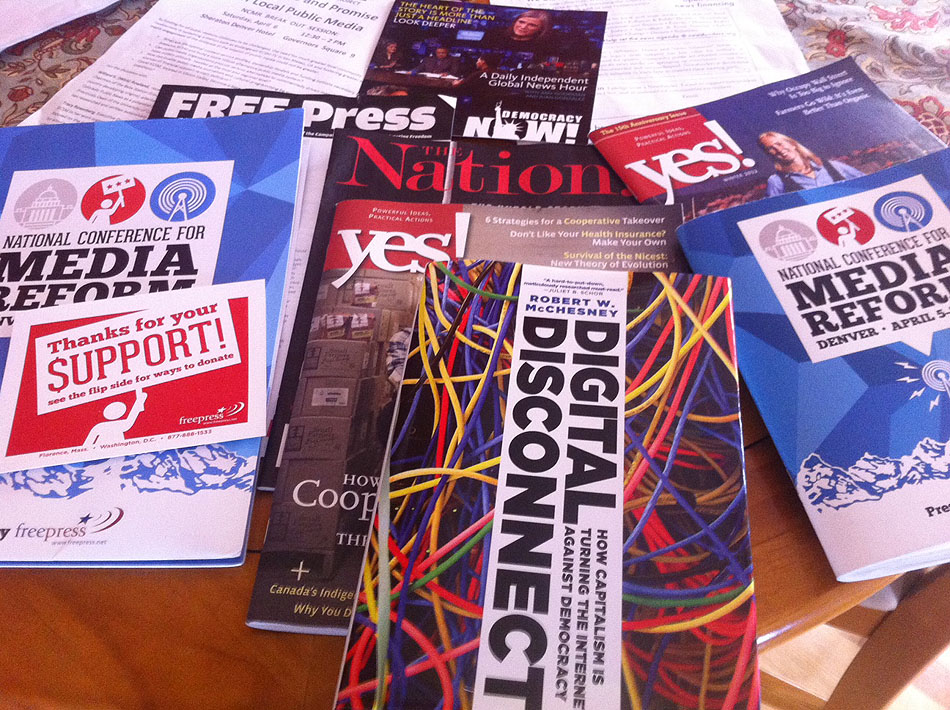 The Public News Service (PNS) puts their business model where their values are. Which may answer why they are one of the largest news sources of journalism you’ve likely never heard of. Its one of a rare breed of news that puts the interest in front of its public.

“Launching a public interest news service in Idaho in 1996 was simply the best idea I could come up with at the time to help the most newsrooms, and reach the largest audiences with a more inclusive kind of content. By inclusive I mean the voices and perspectives that were traditionally in the last paragraph of the last column of the newspapers that existed at the time, if they were covered at all, rarely on the airwaves in the major cities, and virtually never in smaller markets. One thing that still makes us different today is that our content is used across political, technical and geographic divides.

We focus on diverse content and multi-format elements to be as useful as possible to as many other media outlets as possible, without regard to their tax status.

Our concern is the public: When our mission bumps up against common business values, including brand recognition for ourselves, mission always wins. While so many of the smaller outlets that are left can’t afford AP, I don’t think it’s [an exaggeration] to [point out] our reach is unparalleled in rural areas…”

PNS which “by conservative estimate,” is “reaching 40 million people per week through 100s of other media outlets, often different ones every day.” Lark Corbeil founder of  the network offered, to one of a few basic questions. Here explaining a little about how PNS works:

“When individual outlets download content, they are primarily smaller rural and metro suburban outlets; we’re reaching some of the larger markets through the state- and interest based- national networks that use our content. Having started in radio, in most states that’s where we still have the strongest presence, though again the drastic loss of newsrooms has changed that, and we see varying amounts of print, TV and digital pickup which can be very different depending on the state. You’re going to see our content much more often than our brand, particularly when elements are picked up by third-party content creators who have bundled services for many radio stations who aren’t doing any of their own production. We’re beginning to see the increase in community and low power radio stations, which is great. The current push to support non-profit digital first local startups is really promising. We’re looking to help those and other platforms make it easier to share, and track, their content with other outlets as well.”

Breaking this down a little more, I’d asked how she would describe their news model, how things shifted – if they’d shifted – in this acrimonious moment the press has been pushing through. Corbeil described the reporting as a business model serving readers. As she explained it “our model has been two-fold from the start: 1. Give the outlets content they wouldn’t get on their own to help explore a subject in a more comprehensive way (also known as the ever-problemic “balance,” within the story, practice what we call Deep Balance, meaning not a “she said/he said” model, but analyzing the underlying polarities of ongoing controversies and lifting up the questions that might open up new answers, or at least authentic understanding. (2) What the existing outlets are asking for is just “more” and  “better” – i.e. can you please give us more voices, more understanding of left/right controversies, and in more ways we can easily use…”

Asking what I should be asking that I hadn’t, Corbeil shared her insight on the significance of trust, and the implications of ensuring the cultivation of trust between the press and the people. From Cobeil’s purview “If [people] see/read an account that seems a pretty fair rendition of their position – or their friend does – there is the opportunity for them to trust that source, and be more open to how that source represents other things that happen. It is up to the news gatherer to be both a deeply ‘engaged’ participant in the community, who is reachable and accountable, as well as an always outside thinker who values the community process itself. I believe the value of local, on-the-ground, accessible members of “the press” – no matter what innovative forms that takes – are a cornerstone of trust.  Over periods of time, local folks are either served well by their local media and make their communities work better, or they can take the weather and sports and gripe about the rest of it. But without enough local bonds, I believe we have a pernicious and very perilous situation…”

With the “bombardment of ‘fast news’ – chemically tasty and nutrient poor ” as Corbeil described it– the peoples’ ability to discern between news and nonsense, is an essential consumer protection. Why?

Because it reflects an orientation of a public press, a people press corp, that is embedded in a journalistic tradition, founded on principles of balance, equity and fairness. This tradition of narrative, a practice carved out of a service model, fully in service of democracy. And people. While media may be an outlet design that encompasses entertainment, polarizing points of view or factually deficient content intentionally deceptive for ratings – public good news, journalism, is a deeper and very different style and format of content built uniquely, in service of democracy and REGULAR folks.

Corbeil and the Public News Service team, reporters and supporters are an important and honorable example of this. While there is much to lament in our current chaotic political climate, there are equally forms of integrity and tradition coming forward that reflect mastery and mindfulness. In the case of PNS ones that have been around for a while, whose time has come. The process of how that content is created is what separates it from the nonsense. Here we’ll continue to explore the higher integrity and earnest effort of news to adapt and emerge, in a tradition of service and civility that has stood the test of time, made our nation safer and allowed people to access information to empower their lives and enrich their minds. Welcoming examples others see coming forward, or networks that may be outside of the traditional press in service of community – what do you see? How can our news communities today do a better job, to get it right?

This site uses Akismet to reduce spam. Learn how your comment data is processed.

First day of fall, thanks to summer’s beautiful

Channeling gratitude & affirmations for my “IZda

How could anyone NOT fall in love with this one??